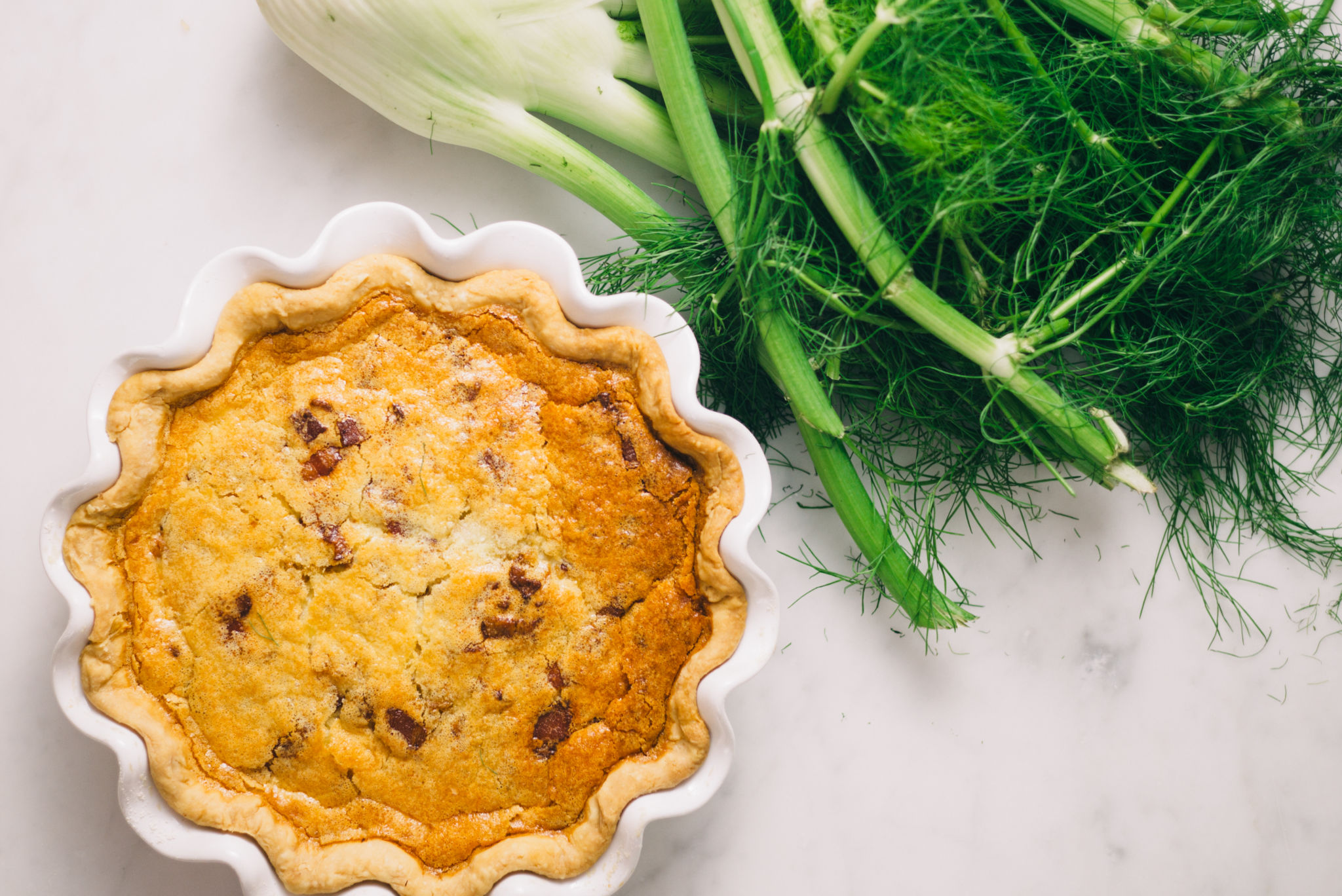 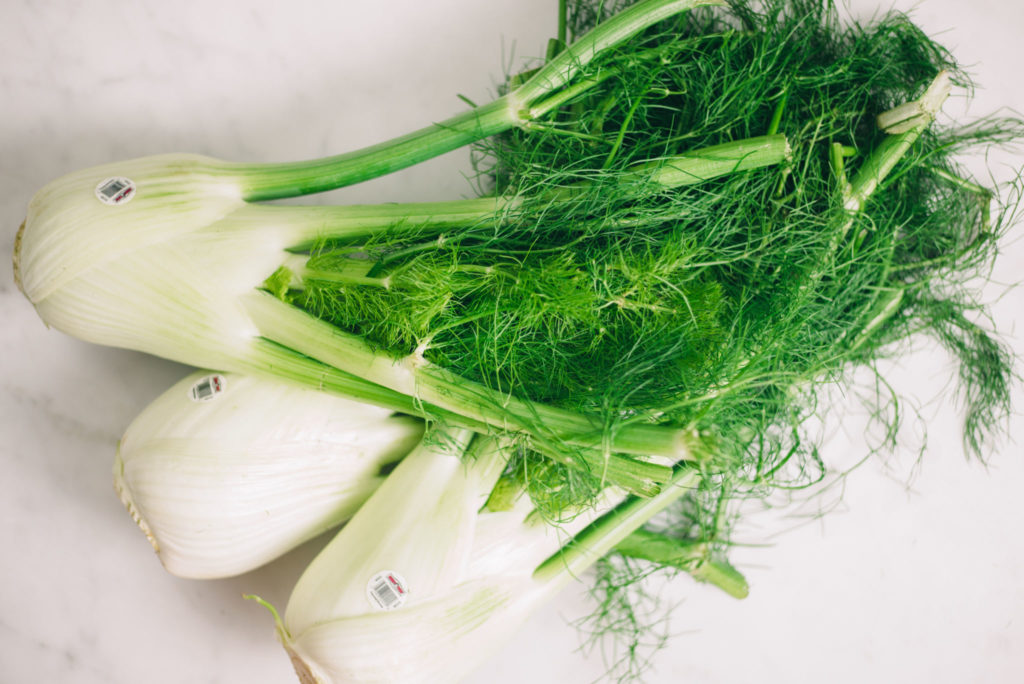 2. In a large mixing bowl, mix the diced butter into the flour and salt with your hands until it forms lumps a little smaller than the size of peas. Work quickly to avoid softening the butter.

3. Use a fork to stir in just enough of the ice water for the dough to come together into a loose ball.

4. Shape the dough into a disk. Wrap the dough in plastic wrap and refrigerate for about 30 minutes.

5. Roll out the dough into a circle, place into a pie dish or tart pan, and trim the edges. Then pre-bake the crust by lining the crust with foil, adding pie weights, and baking in the oven for 20 minutes.

6. Meanwhile, in a pan, melt the remaining butter and sautée the fennel. Reduce the heat to low and cook, stirring frequently, until caramelized. Remove from heat and reserve the caramelized fennel in a clean bowl. 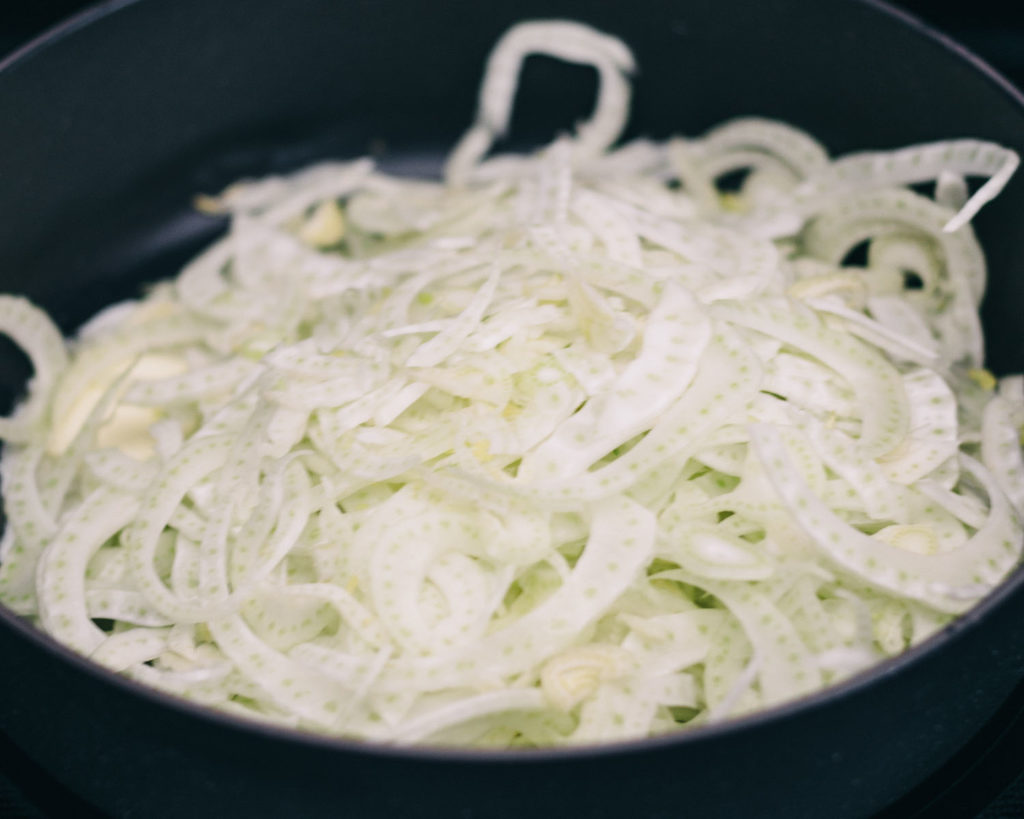 7. Use the same pan to cook the bacon until it is crispy, then add to the bowl with the fennel.

8. In another bowl, combine the cream, milk, and eggs with an immersion blender. Add a pinch of salt and freshly cracked black pepper.

9. After the crust has been pre-baked, remove and discard the foil and distribute the fennel and bacon evenly in the bottom of the pie crust. Pour the batter into the pie crust.

10. Bake in the oven for 45 minutes to one hour, or until golden on top and set in the center. 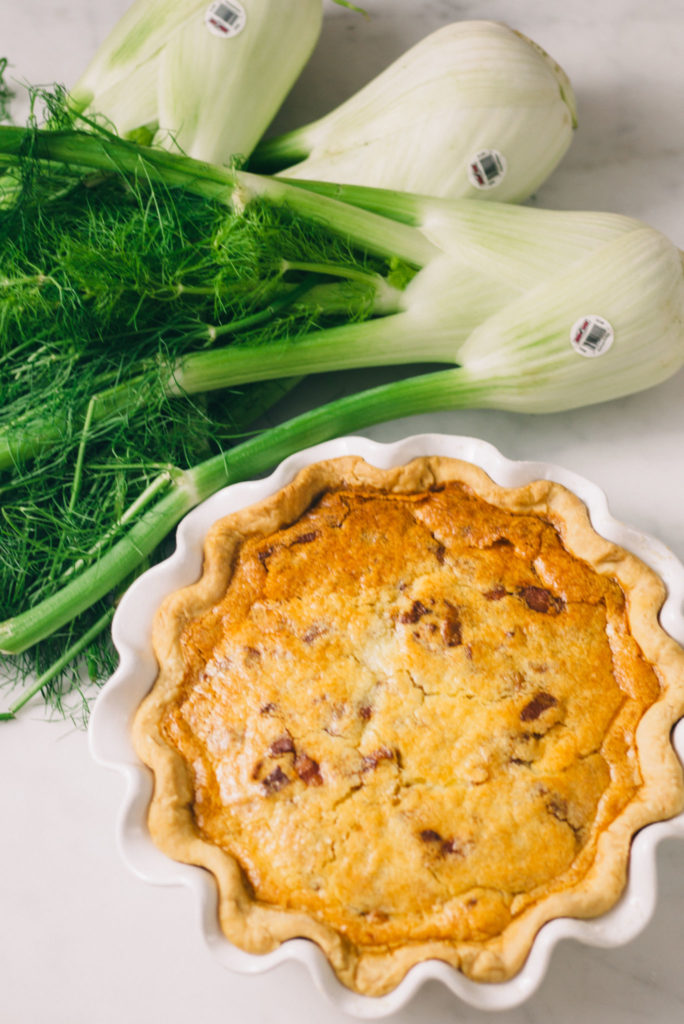 Get the scoop on Broccoli Rabe!