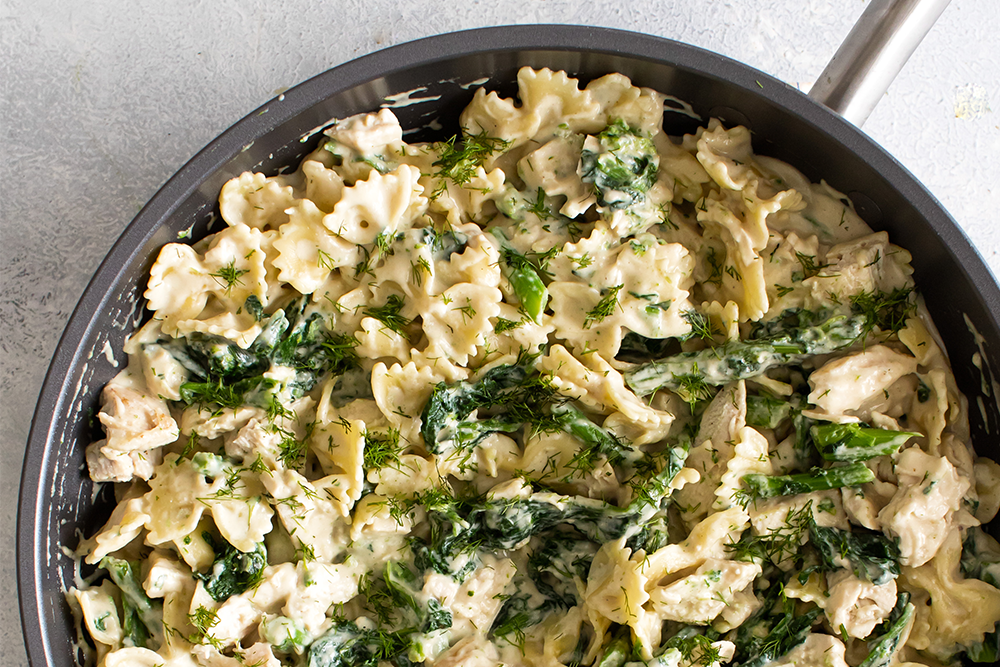 This dish celebrates the crossroads of winter and spring with fresh broccoli rabe and fennel. It starts with a velvety smooth bacon fennel cream sauce that’s tossed with pasta and chicken. The broccoli rabe is first blanched to tame its bitterness and then sautéed until it’s tender. Stirred into the creamy pasta it adds a pop of freshness and color making this a cozy dinner to enjoy in early spring. 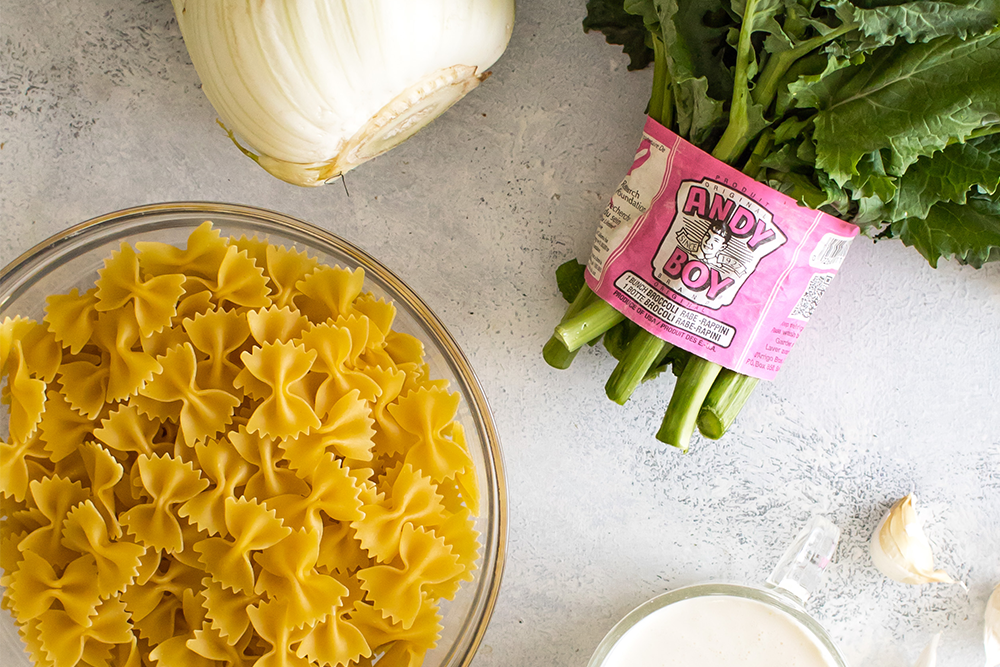 1. Boil the pasta according to package directions. Drain the pasta and set it aside. Rinse the pot. 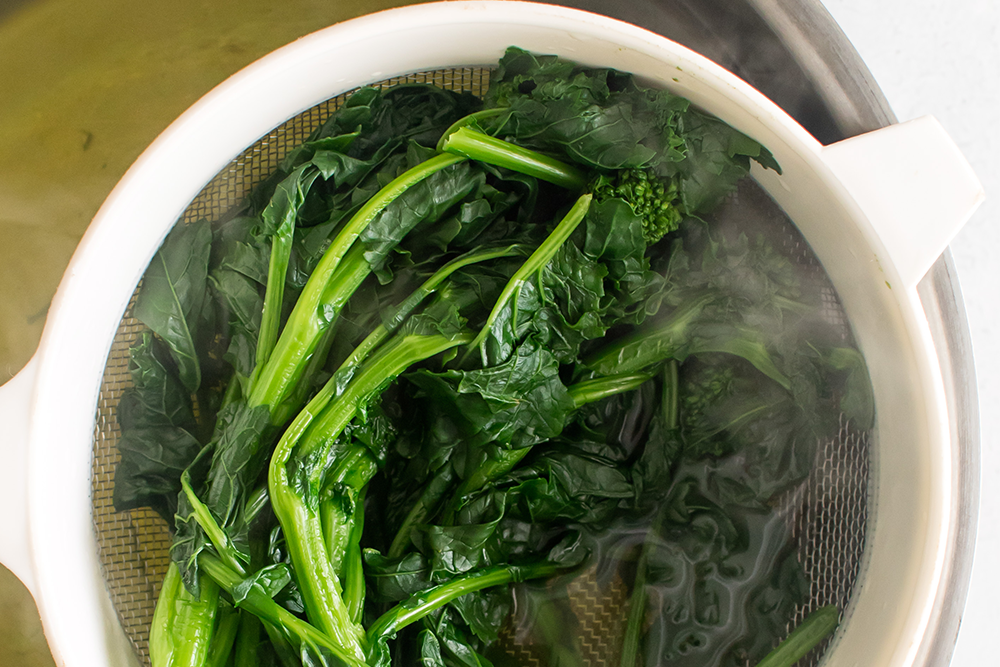 3. Cook the bacon in a large 10-inch pan until it starts to render its fat but before it turns crispy. Add the fennel and garlic and stir to coat them in the bacon fat. Cover the pan and cook the fennel for about ten minutes, stirring occasionally, until the fennel is tender. Add two tablespoons of the chopped and stir to combine. Leave enough bacon fat to coat the bottom of the pan and transfer the bacon and fennel to a blender or food processor. While the blender is running add up to a ½ cup of water to thin the puree. You want it very smooth. Set the puree aside. 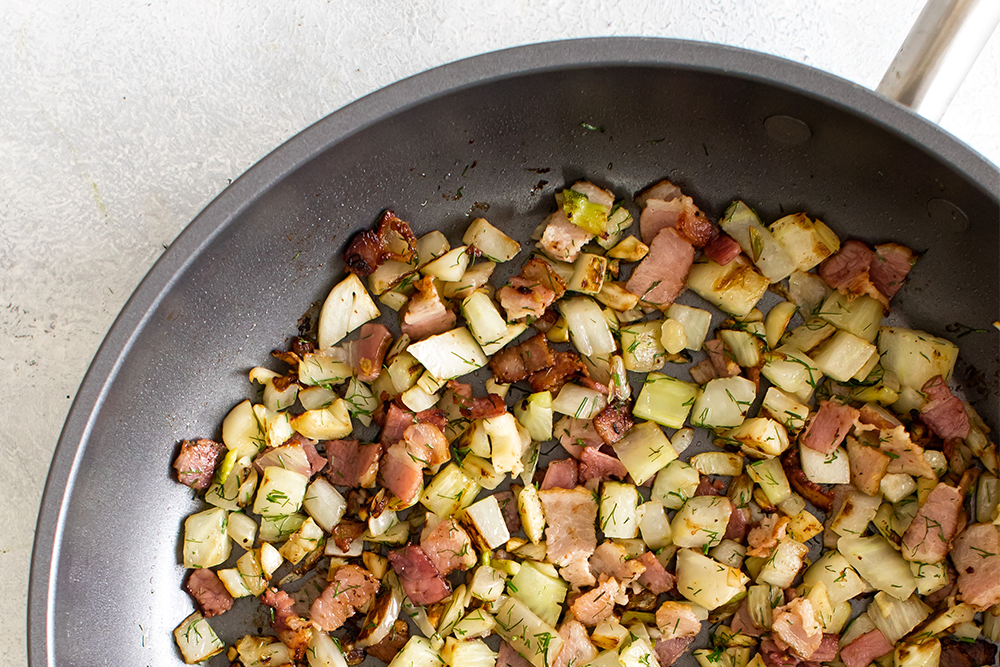 4. In the same skillet, melt one tablespoon of butter over medium heat. Place the chicken breasts in the pan and cook them on one side for five to six minutes. Turn the chicken over and cook it on the other side for another 4 to 5 minutes or until the internal temperature is 165°F. Transfer the chicken to a clean plate. 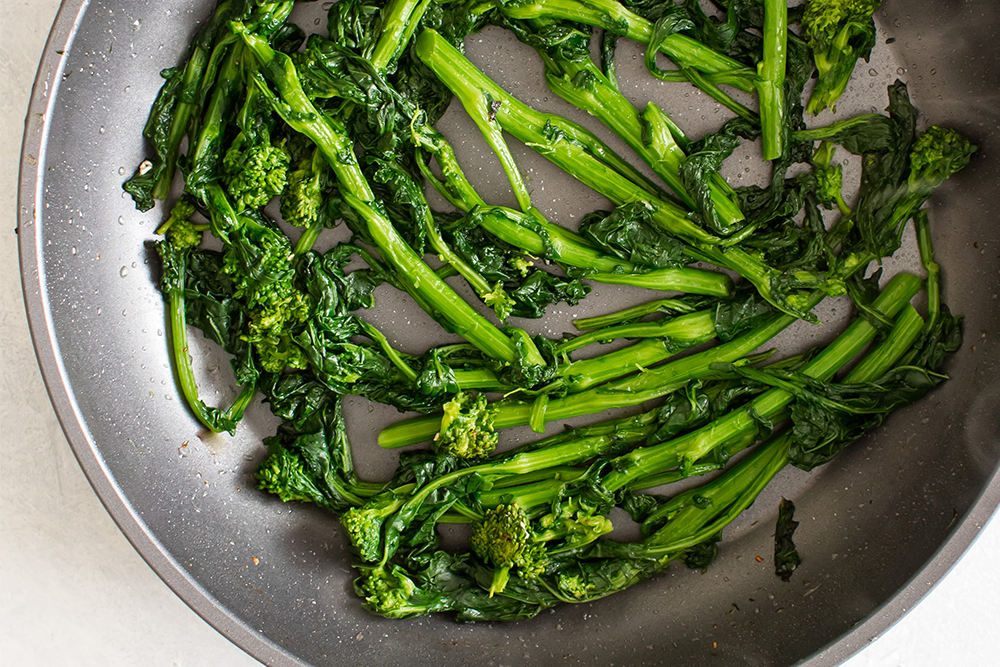 6. In the same skillet, melt three tablespoons of butter over medium heat. Sprinkle the flour over the top of the butter and stir to combine. Cook the flour and butter for a minute or so. Using a whisk, slowly add the milk and cream and whisk continuously to create a smooth sauce. Adjust the heat so that the sauce does not boil, but instead gently simmers. Cook the sauce for a few minutes or until it is thick enough to coat the back of spoon. While the sauce cooks, cut the chicken breasts and broccoli rabe into bite-sized pieces. 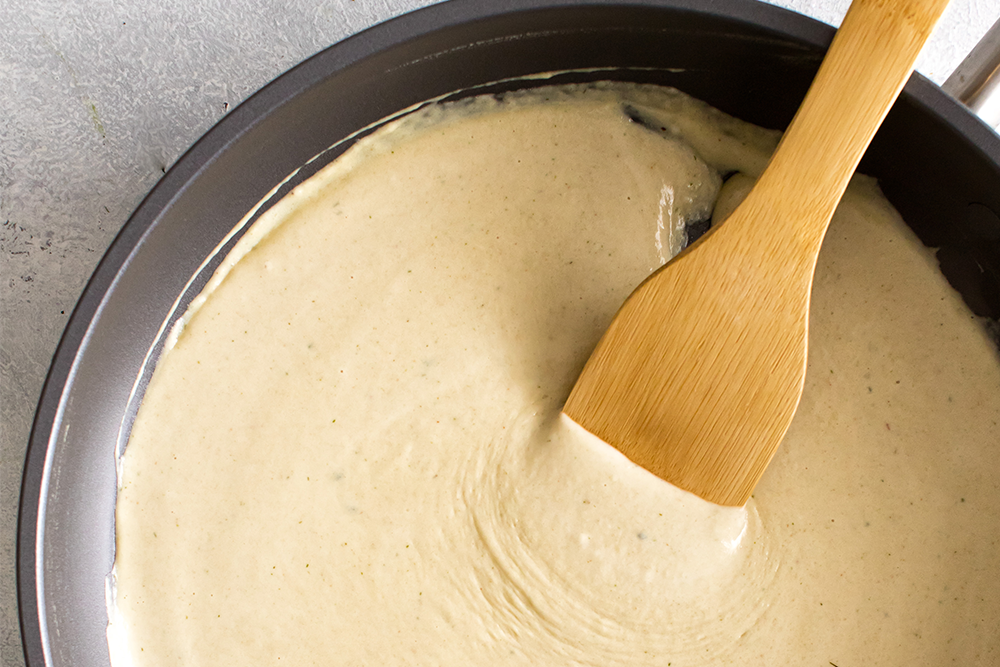 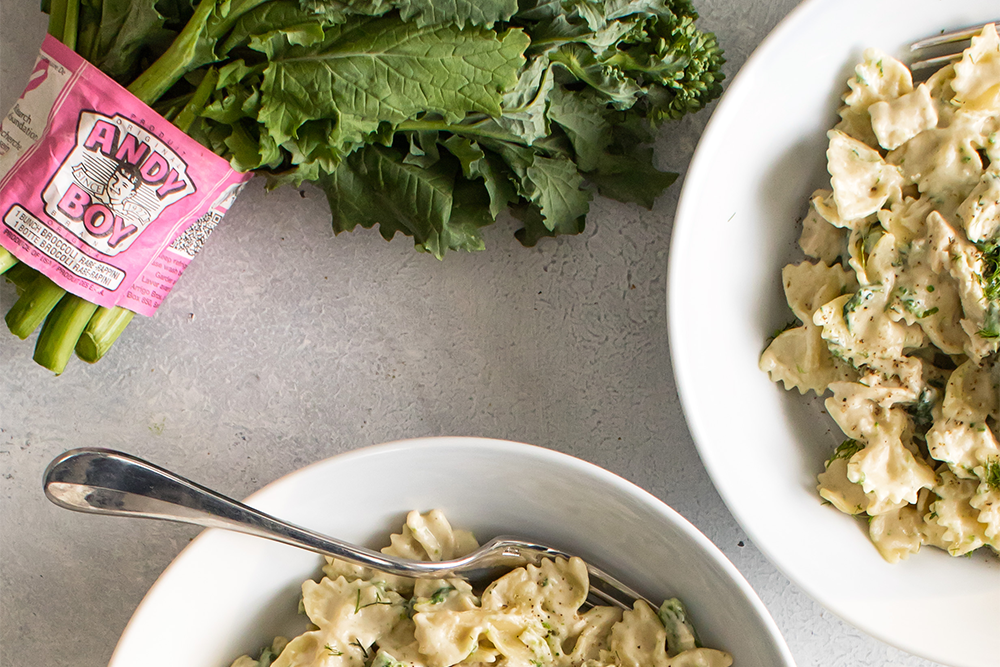