John D’Arrigo Honored with the Eugene G. Sander Lifetime Achievement Award from the University of Arizona 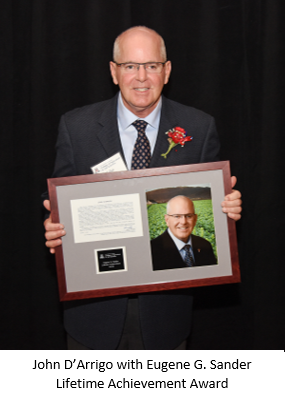 John D’Arrigo, President, CEO and Chairman of the Board for D’Arrigo California has been honored by the University of Arizona, College of Agriculture and Life Sciences as an influential visionary and agricultural leader.  John was bestowed the prestigious Eugene G. Sander Lifetime Achievement Award for his leadership in the agricultural industry, his service to the community and contributions to the University of Arizona’s, Yuma Center of Excellence for Desert Agriculture.

“We are honored to present John D’Arrigo the Eugene G. Sander Lifetime Achievement Award.  John is one of the true leaders of agriculture in the United States and an invaluable partner to the Yuma Center of Excellence for Desert Agriculture,” stated Shane C. Burgess, Vice President for the Division of Agriculture, Life and 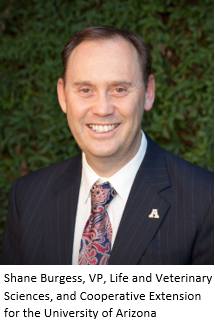 In 2013, John D’Arrigo was one of the founding members of the Yuma Center of Excellence for Desert Agriculture known by its acronym YCEDA.  YCEDA is an innovative public-private partnership that connects top scientists to the desert agricultural industry.  YCEDA focuses on high-priority issues identified by industry stakeholders, including but not limited to increasing production efficiencies through disease and water management, food safety, crop yield maximization, and advanced ag technology.

“I am honored and humbled to have received the Eugene G. Sander Lifetime Achievement Award.  My experience working with University of Arizona and YCEDA has been one of the most productive and rewarding public-private partnerships to date,” stated John D’Arrigo, President and CEO of D’Arrigo California.  “YCEDA is an excellent example of an effective and efficient public-private partnership bringing scientific research and the produce industry together to solve real-time agricultural issues experienced in the desert growing regions.” 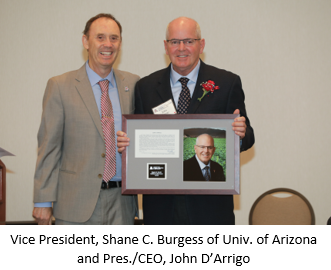