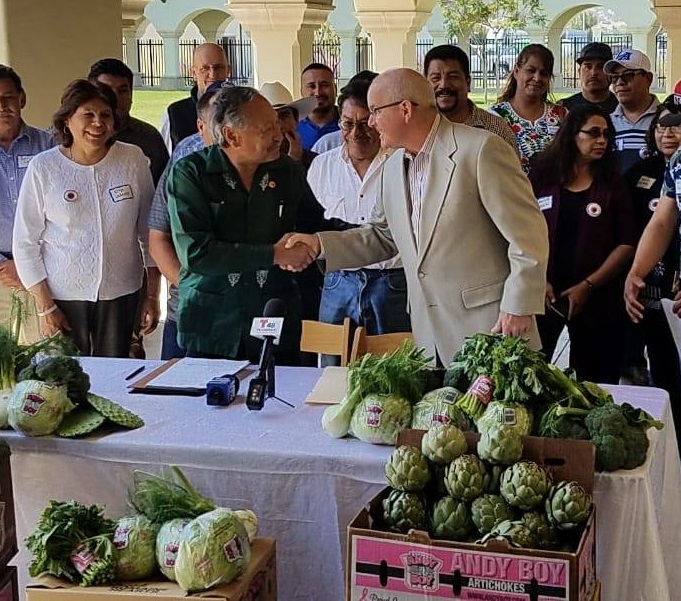 Left to right: Arturo S. Rodriguez, UFW President and John D’Arrigo, D’Arrigo California CEO/Pres. and Chairman of the Board.

Rodriguez said, “It’s another chapter in the relationship between the UFW and D’Arrigo California. He pointed out the health insurance plan, also known as the Robert F. Kennedy (RFK) Medical Plan, will provide family medical, dental and vision benefits for farm workers and is fully paid for by the company. The RFK Plan was established in 1968 specifically for farm workers and their families. “I think it’s extremely important for them to be able to have and to know that they have that kind of security,” Rodriguez said.

John D’Arrigo said, “Both parties have come to a new era of a working relationship and realize the agricultural workers need to be taken care of. That investment will hopefully translate into people wanting to work here the whole season,” D’Arrigo said. “Let’s pay them more money, let’s show them their value. Attraction and retention, that’s what this is about. And the union and I have realized that we’re going to have to come together, we should not be fighting.”

The employees will also receive hourly and productivity pay hikes making them among the highest paid workers in the agriculture industry. The incentive and box pay rate will increase by 3 percent in the first year, 3 percent in the second year and finally 2.5 percent in the third year.

The deal also includes six paid holidays a year and other contract improvements. Plus, loaders and machine operators who use their personal vehicles will be paid for travel time at 50 cents per mile.

D’Arrigo said, “Hopefully people will start to think about how they can invest in their workforce and the company’s viability.” He thinks most people are thinking of ways to improve their company but the union contract signing should start a tiny rumble in the ag business.

According to a press release issued by the RFK Medical Plan, no other employer involved in the vegetable growing and processing business provides such a generous benefit to its employees. It also stated that D’Arrigo California is paying a very competitive monthly fee per employee for benefits, which can typically exceed $2,000 per month.

D’Arrigo California also employs about 350 people in the Imperial Valley who are included in the contract and harvesters will qualify for bonuses after 500 hours of work instead of 700 hours.

“To be willing to put that much investment in their employees really demonstrates the value that John D’Arrigo is placing on his employees,” Rodriguez said. 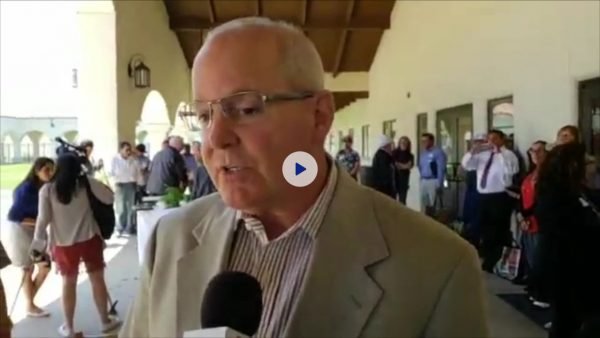